The projectiles were fired from North Pyongan province into the Sea of Japan, also known as the East Sea, the South’s Joint Chiefs of Staff said in a statement, without providing further details.

“The military is monitoring for additional launches and maintaining readiness,” it added.

Japan’s defence ministry said the North launched what appeared to be “ballistic missile-like object(s)“, adding there had been no indication of anything coming down in Japanese territory or its exclusive economic zone.

Earlier this month, the nuclear-armed North carried out similar launches on two occasions – Pyongyang said they had conducted “long-range artillery” drills, but Japan said the projectiles appeared to be ballistic missiles.

The latest launch comes amid a prolonged hiatus in disarmament talks with the United States.

The North has been continuing to refine its weapons capabilities, analysts say, more than a year after a summit between its leader Kim Jong Un and US President Donald Trump broke down in Hanoi.

Shortly before the launch, the North’s official Korean Central News Agency (KCNA) reported that the country will convene its rubber-stamp parliament, the Supreme People’s Assembly (SPA), on April 10 – despite the coronavirus pandemic.

Saturday’s launch came weeks after Kim sent a personal letter to the South’s President Moon, offering “comfort” for the coronavirus outbreak in the country.

At the time, the South was the country hardest-hit by the virus outside China, but Seoul appears to have largely brought the outbreak under control – while Pyongyang insists it has not had a single case.

That message had followed an unprecedented statement from Kim’s younger sister Yo Jong, when she berated Seoul for its condemnation of Pyongyang’s weapons test earlier this month was a “truly senseless act” and “perfectly foolish.”

Pyongyang is under multiple sets of sanctions by the United Nations and the United States over its weapons programmes.

The North carried out a series of weapons trials late last year, the last of them in November, which it often described as multiple launch rocket systems, although others called them ballistic missiles.

Heightened tensions in 2017 were followed by two years of nuclear diplomacy between Pyongyang and Washington, including three meetings between Kim and Trump, but little tangible progress was made. – AFP 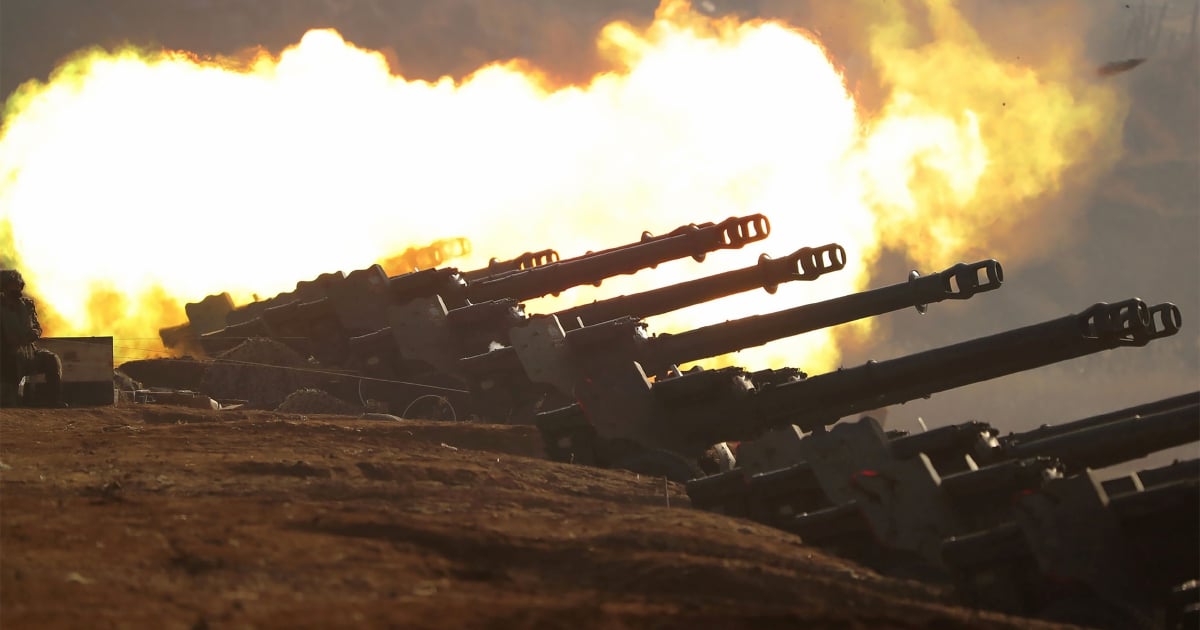